Cooper as Telhami the Human Ranger
Ace as Thorfin the Druid
Drew as Ulvein the Drow Warlock
Lance as Whyrun the Dragonborn Bard.
Collin as Mika the Human Gunslinger, um Wandslinger.
Scott as Eldritch the Human Warlock not named after the bolt.
Aiden as Heskan the Dragonborn Paladin.
Tim as DM

There is a small room behind the wizard’s laboratory, which looks like it was used for disposal of waste. The smells emerging from a covered pit – now open – are truly foul: old moldering death. A ladder, recently used, leads down into the darkness.

The ladder shakes slightly, as though someone is climbing down below. Dimly, you hear Fayne crying out for their aid.

After climbing down the ladder the adventures find themselves in a series of natural caverns. The north end is elevated above a 20 foot canyon in the middle, slightly sloped so that bodies dropped down the pit will roll into the hallow in the center. A ladder formerly led down into the pit, but now leads out the other side. Bones and the stench of death fill the chamber.

The sounds of struggling draw their attention up the other side of the miniature canyon, they see the shadows of Fayne and Xeres struggling, and hear them arguing. Xeres cries out in pain and they hear something clink to the floor. Then there is a sharp meaty smack as Xeres slaps the woman, and Fayne groans in pain. He hefts her and keeps running, this time making for the southwest, past the charnel pit.

The adventurers, wary after their encounter with the mushrooms, proceed cautiously to the canyon. Mika and Ulvein position themselves at the top preparing their ranged attacks. After some discussion (an entertaining discussion from the DM’s perspective) the team decides to lower the armored paladin into the canyon. A good idea since there was a group of skeletons waiting for them. 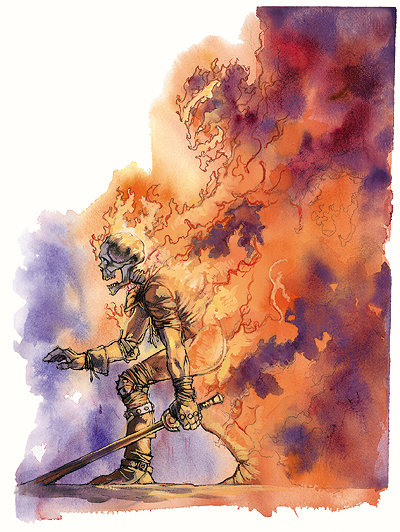 In addition to the heavily armored skeletons, a few tomb motes, a pair of witherlings, and a blazing skeleton rise up to attack the adventurers. (Why weren’t the motes positioned closer together if they get a bonus by attacking in groups of 4 or more?)

It is a long, hard battle, with the almost death of the paladin, an embarrassing attack by Ulvein, and the blazing skeleton throwing fire bombs. The adventurers finally destroy all the monsters and make their way to the other side of the canyon. There they find the dropped item, the lost Crown of the Apprentice. 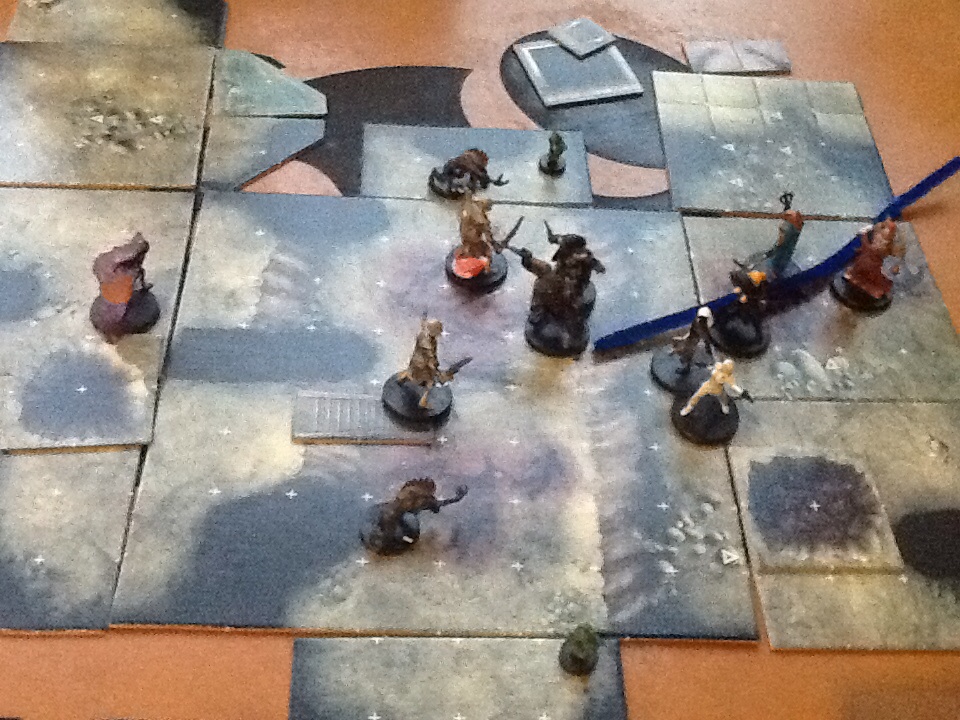